How to improve Retail Operations?

Before we can look at raising wholesale performance within retail operations, we first need to gain an overview of the financial functions within. This will help to identify and guide activities towards specific areas that may be easier to influence than others; a case of grabbing the low hanging fruit. 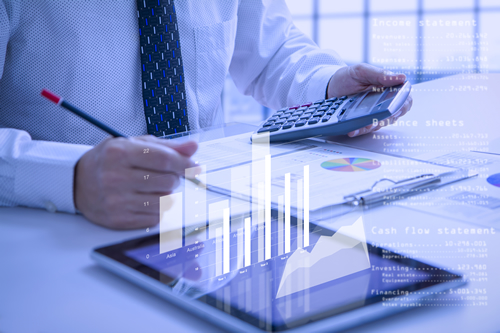 Let’s start at the top of the P&L and work our way down. The first accounting entry is revenue, which sums all the sales made by a particular retailer within a given financial year. But what determines the sales price of the individual products that form the constituent parts of revenue? The answer is pretty much the value that each individual product has within any given market place. This in turn is determined by the customer’s perceived value of that product or service, as per Kotler et al (Marketing Management 2016). Namely, how much the customer believes a product is worth (source). Such a hypothesis is consistent with the value based pricing concept, the Harvard Business Review describes this as a method by which companies calculate and try to earn the differentiated worth of a product for a particular customer, when compared to their competition (source).

As we can see, competition plays a fundamental role within value pricing. Now consider apples, or specifically selling them. An apple is pretty much an apple and as a result competitive forces will set the market price for them. Awareness of this by customers gives them a clear belief in what the product is worth, namely what they expect to pay. Any retailer that offers apples to the market at a price above that readily available from it, supply issues aside, will simply struggle to sell them. It therefore becomes apparent that competitive forces ultimately determine the selling price of the constituent products that form revenue, which handcuffs the ability of retailers to influence this highly important top line entry. 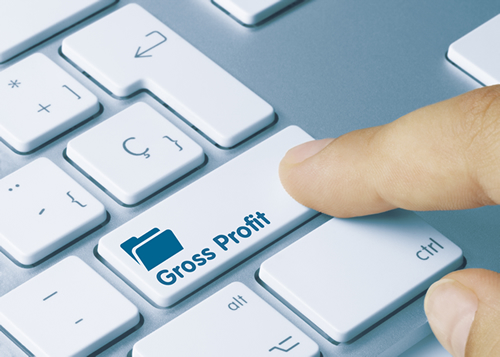 After revenue comes cost of sales; subtracting the latter from the former delivers the gross profit of a business. The key driver of cost of sales is the price that retailers pay their suppliers for the products that they sell. Scale, through the capability to drive volume and capture revenue, plays a significant role within determining costs of sales, as does the negotiating ability of respective procurement teams. However, when comparing one large grocer or supermarket to another, purchasing power along with the level of resources that they have available within for training, will once again produce somewhat a level playing field that is difficult to influence. This point is demonstrable through a quick analysis of leading supermarkets, for example during the 3 years prior to Covid. With indicative supermarket gross margins typically around 5%, the four largest UK supermarkets pivot around this figure with a variance of only c1%.

The importance of Cost Centres in Retail Operations?

Moving on brings us to the next line in the P&L, operating expenses, which are also referred to as general and administrative expenses (source). These are incurred through the running of a business and deduction of them from gross profit determines the overall profit or loss made by it. Respective cost centres include a company's accounting department, the information technology (IT) department, and human resources and so on (source). This is where we also start to get into interesting territory.

Cost centres are defined as those that only contribute to a company's profitability indirectly (source). This makes sense when noting how difficult it is in practicality to measure the impact upon profitability that a change in IT, accounting or human resources may make. However, it also places an emphasis on ‘cost’ within cost centres, not necessarily upon value. Such an emphasis can lead to cost stripping in an attempt to improve overall short term profitability. This has significant consequences for managing retail operations, as it can also destroy value in the long run, as per Vernimmen et al (Corporate Finance Theory and Practice).

My view is that the greatest improvements within overall operational efficiency lie within cost centres, and once extracted they can prove to be completely transformational for any business. As I noted within a LinkedIn article that I wrote a number or years ago; ‘irrespective of the sector, the underlying issues remain pretty much the same and revolve around human capital, its behaviour and the complex interactions that it has with information technology’ (source). But why should this come as a surprise when fundamentally business is about people and how they communicate with their immediate environment?

How to Improve Operational Efficiency in Retail?

Let’s take a quick look at decision making through the lens of Porter’s Generic Strategies:

Those that execute one of the above strategies the best earn the most profits by delivering the highest customer perceived value. Removing or minimising costs, which would otherwise result from a multitude of poor individual decisions as they snowball through a firm, helps to therefore improve the overall competitiveness of it. This is not an insignificant result, particularly within retail, as it facilitates cost leadership within the above construct, a potent source of competitive advantage (source).

A common theme these days is the emphasis upon data driven decisions, which may sound a relatively simple and straightforward task, particularly when we live in the age of big data. But what has become apparent in recent years is that the latter presents businesses with a sizable problem, as they become increasingly swamped by the levels of data that they gather. The key issue that retailers therefore face, is not necessarily access to data, but the ability to extract usable information from it, which can then be used to help guide their decisions from an operational perspective. This raises the prominence of developing structures to support internal information flow as a core competence within organisations (source). This holds the key to releasing the latent value from data held within that can provide a source of asymmetric information, which skews markets, generates economic rents and creates corporate value through improving overall operational efficiency.

The literature suggests that the ability of organisations to stimulate human behavioural interaction with usable information ultimately defines the level of competitive advantage that may be derived from it, as this provides the basis for highly effective and efficient decision making (source). A view also supported by leading management consultants, who advocate the concept of decision factories, as per the McKinsey Quarterly (April 2019):

‘Decision factories’, ‘Want to reduce the staggering cost of bad decisions? Turn your organisation into a ‘decision factory’ (source).

Decision Factories, particularly when viewed through the lens of Porter’s Generic Strategies, highlight the hidden power, or latent value, which may be created at the store level. When summed across an entire organisation, this can produce wholesale improvements in operational efficiency for retail organisations. However, the first step within this process is for retailers to develop the capability to extract highly relevant data from the vast data lakes that reside within, so that it can be moulded into usable information.

As for an example, let’s consider the level of investment that most retailers have already made within their existing CCTV networks. These systems capture an incredible amount of data, but what is actually done with it? In most cases, very little. But what, if anything, can be done to release latent value from this data, to improve retail operations management at the store level?

Consider slips, trips and falls, which cost US retailers almost $11b per annum. Research from the HSE shows that almost three quarters of them are avoidable and result from human behavioural factors, which are driven primarily by a poor perception of risk (source). The answer in practice proves to be rather obvious, simply remove humans from the reporting loop and use technology instead. Through using the latter to identify risks in real time and generate alerts, technology may be used to efficiently inform and guide the actions of personnel. Ocucon, in partnership with SeeChange, has already developed this level of tech, which can be built upon existing CCTV networks so as to avoid infrastructure upheaval - check out our revolutionary spill detection software.

SpillDetect is the first of a range of products to be developed using a proprietary and highly sophisticated AI engine. Through using AI to support and guide the actions of humans, this low cost technology can facilitate significant improvements within decision making at the micro level. When summed across all retail stores the overall impact, as noted by McKinsey Quarterly, can deliver huge operational efficiencies at the organisational level. As for the importance of this technology within the grocery sector, releasing latent value from existing infrastructure may become its primary focus, particularly when noting the incredibly thin margins that it operates upon (source). 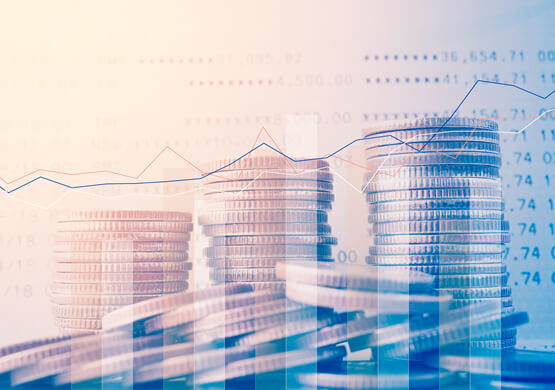 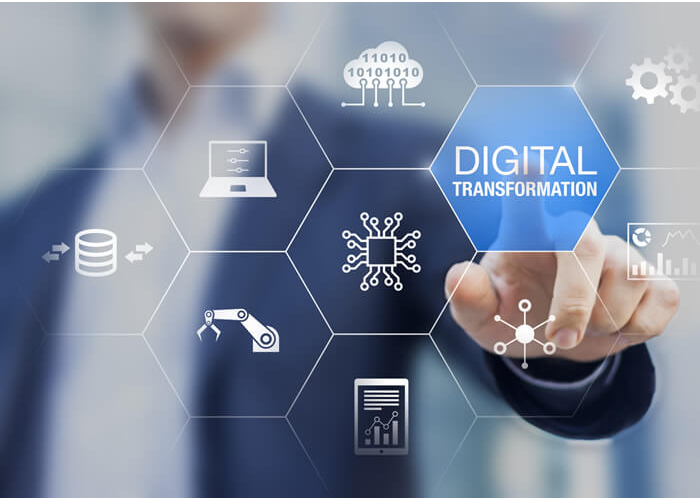 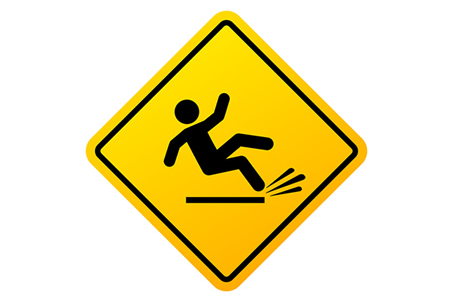 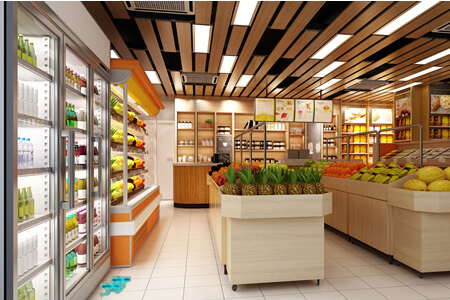 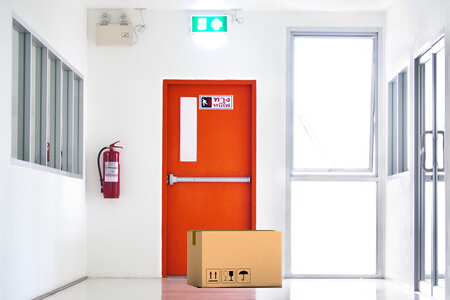